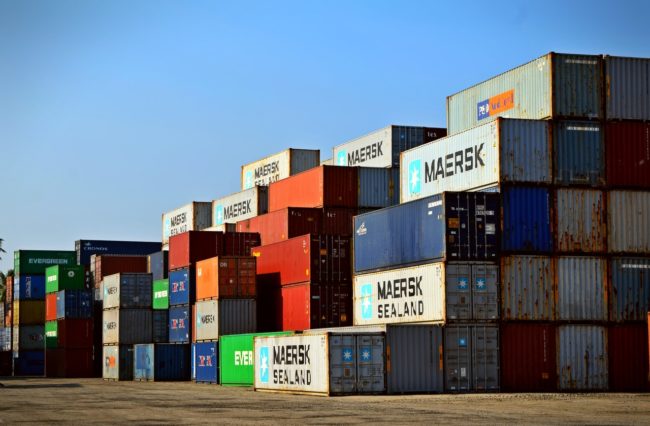 Aim: To facilitate the release of containers to importers at the
lowest possible cost and minimum time delay.

This document contains a Standard Operating Procedure (SOP) designed to bring about certainty
amongst importers by ensuring that all ocean carriers follow the same procedures laid down by the
Government when processing import containers. It should be noted that these procedures are intended to be implemented only for the duration of the current COVID-19 State of Disaster in alignment with the Disaster Management Act No. 57 of 2002, as amended.

The below procedures are in line with the COVID-19 lockdown regulations and will maintain the following objectives:

• “Lockdown” means the mandated restriction of movement both of non-essential cargo as well
as that of persons for non-essential purposes.

• The protection of workers is of primary concern and a “light touch” process with minimal
physical intervention will be adopted throughout.

• The health and safety of citizens is an equally critical consideration and as such, where companies are involved in non-essential activities, the amendment of regulations should not be construed as allowing the opening of these companies to accept and handle trade as “recipients at the intended destination”.

“(b) the substitution for paragraph (a) of sub regulation (1) of the following paragraph:
(a) For the period of lockdown-
(iii) movement between provinces and between metropolitan and district areas is prohibited
except-
(bb) transportation of cargo from ports of entry to their intended destination, on
condition that necessary precautions have been taken to sanitise and disinfect such
cargo;
(d) the substitution of sub regulation (6) of the following sub regulation:
(6)(a) All borders of the Republic are closed during the period of lockdown, except for ports of
entry designated by the responsible Cabinet member for the transportation of fuel, cargo and
goods during the period of lockdown.”

b. Customs Services:
• SARS Customs effects clearances and inspections at documentary level, as well as
conducting physical inspections as dictated by the level of risk on selected
consignments.

• Limited branch front-end services are currently available, operating strictly on an
appointment basis or through the central command centre;

• SARS will retain a minimal staffing footprint throughout the lockdown period.

• It remains a requirement for SARS that electronic cargo reporting and provisioning of
third-party data in an electronic format remains compulsory.

1. Customs clearance and release of cargo:
• Note that shipping lines are required to submit an evacuation plan to TPT at least 48
hours before the arrival of the vessel. For this reason, clearance/release documents
must be presented to the shipping lines at least 72 hours prior to arrival (96 hours in
the case of MSC). In this regard, carriers should note that this will not be possible if
arrival notifications are not issued in good time.

• All cargo (essential and non – essential) must be formally customs cleared and released,
prior to release by the shipping line into Merchant or Carrier haulage.

• Stopped cargo:
o Stopped “essential cargo” → must be scanned where possible, moved to
customs licensed depots and inspected physically if required and if secondary
risk is prevalent;

o Stopped “non-essential cargo” → must be scanned and released once all
customs requirements are satisfied. In cases where the clearance process
cannot be finalized or where further risk is detected, cargo must be moved to
a customs licensed depot and held in detention for further processing at the
earliest opportunity;

• Due to financial constraints for most traders in the lockdown period, clearance under
the warehousing procedure is advisable and particularly so in cases where trade
intermediaries have licensed bonded facilities;

• SARS should consider relaxation of rules to bonded warehousing by allowing the
storage of duty free and duty paid goods, and in the case of warehouse congestion,
relaxation of the rules to allow the use of off-site virtual storage areas;

• Importers and their appointed agents are required to produce all relevant
documentation in good time to allow the carriers to submit their evacuation plans to
TPT at least 48 hours prior to arrival. Such documentation sets must include the
necessary Customs release. It is noted that carriers have specified different time frames
for this – 72 hours in all cases bar one at 96 hours. The carriers will assist with this
requirement as it is difficult to comply if the ANF’s (Arrival Notifications) is not received
from the shipping lines timeously.

• On satisfactory and timeous presentation of documents, and payment of all due
destination charges, the carrier will issue a release to the importer/agent to enable
merchant haulage procedures to be implemented (except in cases where carrier
haulage has been agreed). Empty containers are to be returned to carriers’ nominated
depots.

• Released essential cargo will have to be removed as per new regulations to premises
of intended destination by a provider of essential services.

• Such containers may be unpacked, with the empty containers returned to their
operators.

• The FCL, FCL Groupage and LCL sealed cargo which has been handled during the
discharging from vessels, up to and/or including delivery, will need to be sanitized. A
protocol is awaited from Transnet.

• Uncleared containers will remain under the control of carriers and will be moved by
them to depots in the normal way, with overstay, detention and demurrage to be
charged by the carriers.

• In this regard, Industry notes with appreciation the declaration by some carriers that
they will be applying reduced tariffs and extended free time in this regard. Reference
is also made to the President’s clear declaration that profiteering in any way will be
regarded as a punishable offence.

3. Release of containers with non-essential cargo
• As clarified by COGTA in the Government Gazette on 2 April, the transport of nonessential cargo from South Africa’s ports is now allowed. On that basis, Industry believes that the same rules should be applied as in point 1 above.

• Importers will understand that the cargo may not be delivered to their premises and
will mostly have to be stored in the containers until such time as restrictions are lifted.

o Released non-essential cargo will be removed to the facility of a trade
intermediary in the case of FCL cargo; or

o Released non-essential cargo will be removed to the facility of a licensed depot
for de-stuffing and subsequently released to the facilities of the trade intermediary.

• The FCL, FCL Groupage and LCL sealed cargo which has been handled during the
discharging from vessels, up to and/or including delivery, will need to be sanitized. A
protocol is awaited from Transnet and the depot operators.

• Carriers will be entitled to charge demurrage and/or detention on such containers, but
overstay and storage charges will not be applicable for goods cleared and removed by
importers through merchant haulage. It would be appreciated if the reduced tariffs
referred to in point 2 above could also be applied in these cases. Given the
uncertainties around vessel movements, we believe that the starting time for
calculating demurrage and detention charges should only commence from the time
containers are removed from the terminal.

• Note that there can be no risk to carriers in this process, as such risk will have been
assumed by the importer/agent once containers were removed from the terminal.

• A significant challenge faced by industry at the moment is the lack of a unified approach
from carriers in respect of the above-mentioned processes. Some carriers are insisting
on handling such containers through carrier haulage to their own depots, which is
clearly contrary to the intentions of the Gazette.

4. Release of groupage containers
• It is recognised that consolidators will often be carrying goods that are classified as both
essential and non-essential.

• On that basis, release should be granted to such consignments in the normal manner,
provided all documentary obligations have been met in the required timeframes.

• Released LCL and groupage cargo will be removed to the consolidator’s premises
where essential cargo (already Customs cleared) can be extracted and delivered.

• The FCL, FCL Groupage and LCL sealed cargo which has been handled during the
discharging from vessels, up to and/or including delivery, will need to be sanitized. A
protocol is awaited from Transnet and the depot operators.

• Non-essential cargo to be retained by the consolidator pending relaxation of the
regulations or lifting of the national “lockdown” restriction.

• Empty containers will be returned to carriers’ depots. In order to avoid a shortage of containers for the export of essential goods and to prevent escalating costs to trade, the unpacking and return of containers must be allowed wherever possible.

Conclusion
This document contains a suggested Standard Operating Procedure (SOP) which intends to outline a
solution where importers and their agents are assured of sufficient certainty, uniformity and predictability in their dealings with carriers, whilst simultaneously protecting the legitimate interests of carriers. Industry duly accepts and highlights the fact that, once containers leave the terminals through merchant haulage, the risk of any non-compliance with regulations transfers to the importer and his agent and transporter. It is further also the intention of this document to support SARS’s mandate  specifically in terms of preventing illicit trade, protecting the fiscus through continued revenue collection, and ensuring national security. 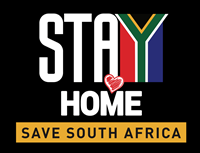